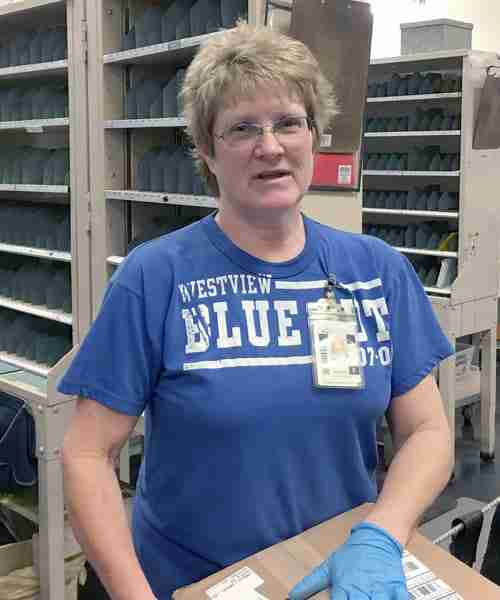 Rural Carrier Tanya Morris was recently delivering mail in Perry, GA, when she spotted smoke pouring out of a customer’s home.

Morris immediately called 911 and alerted neighbors, who converged on the scene to check on the homeowner, who is disabled and couldn’t escape on his own.

The neighbors pulled the man to safety through a bedroom window and rescued his dog. Moments later, several explosions rocked the home.

The man is recovering from smoke inhalation and burns. 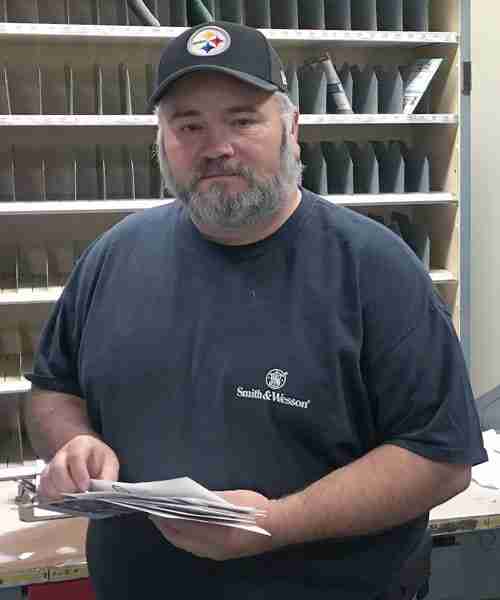 Winborn rushed to the scene and found that one of the accident victims, a 3-month-old girl, wasn’t breathing.

While emergency responders were dispatched, the Postal Service employee performed CPR on the infant, reviving her by the time paramedics arrived and took over.

The girl, who was flown to a children’s hospital in Atlanta, died two days later. 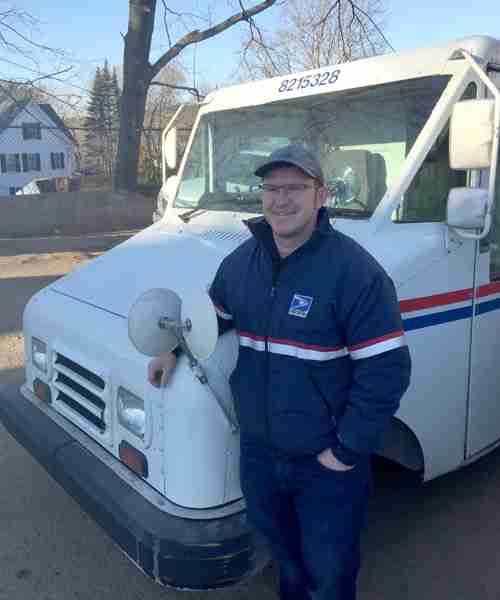 Rural Carrier Christopher Ahern was delivering mail on a January day in Wiscasset, ME, when he spotted an older man sitting in a snowbank, waving at him.

With temperatures hovering around 12 degrees, Ahern immediately stopped to check on the man, who was disoriented and inadequately dressed for the frigid weather.

The Postal Service employee called 911 and stayed on the scene until emergency responders arrived.

The man was taken to a hospital for observation. 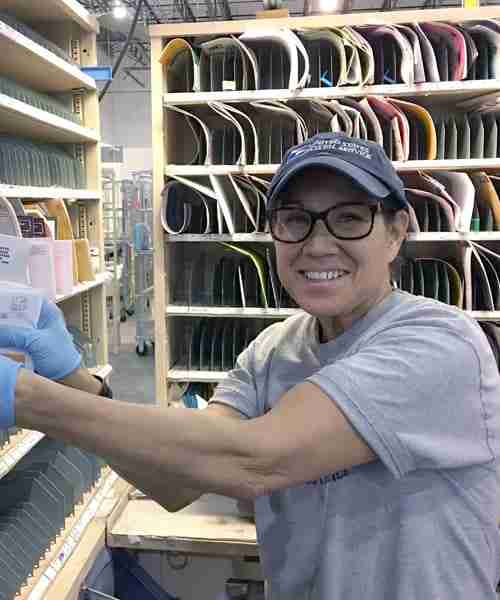 Trenton, NJ, Rural Carrier Margot Townsend was recently making deliveries when she grew concerned about an older customer whose mail was piling up.

Townsend knocked on the woman’s front door and heard her faintly calling out for help, but both the front and back doors were locked.

The Postal Service employee immediately alerted neighbors, who converged on the scene while emergency responders were dispatched.

Police officers and paramedics soon arrived and entered the woman’s home. They found that she was badly injured after falling several days earlier, and she was rushed to a hospital.

Townsend’s “attentiveness delivered a second chance at life,” Schaefer wrote. He also included a proclamation issued by the association, expressing “warm appreciation and sincere gratitude for her heroic actions.” 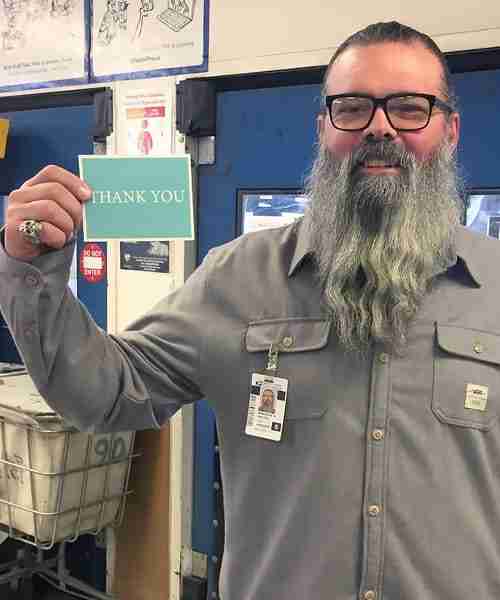 Rural Carrier Associate Brandon Pectol was delivering mail on a cold, rainy day recently in Santa Clara, UT, when he spotted a teenage bicyclist in distress.

The boy, who was inadequately dressed for the weather, had taken shelter under an awning at a market, and Pectol saw that he was soaking wet and shivering, with his lips turning blue.

The teen declined Pectol’s offer to use his phone, but he did accept his jacket, which the Postal Service employee told him to drop off at the Post Office sometime if possible.

The boy, who was on his way home from school, continued on his journey, and the jacket showed up the next day at the Post Office.

But it wasn’t until several days later that Pectol found a handwritten note in one of the pockets:

“Hey Mr. Mailman! I just wanted to say thank you for helping me when I was in need. You were the only person to stop and see if I was OK. Plus, you were kind enough to offer me your jacket. For all you knew, you would never see it again. A little bit of kindness can go a long way. Again, thank you for helping me out. Sincerely, the cold kid in need of a jacket.”

As word spread about Pectol’s good deed, the story was picked up by radio station KSL in Salt Lake City.

“I couldn’t just leave him there like that,” Pectol said. “I’m just happy I was there at the right time.”

Santa Clara Postmaster Kimberly Johnson called the incident a reminder “to say thanks to people, or do something nice for somebody.”

“It just makes you think about how you treat others,” she added.

Townsend’s “attentiveness delivered a second chance at life,” Schaefer wrote. He also included a proclamation issued by the association, expressing “warm appreciation and sincere gratitude for her heroic actions.” 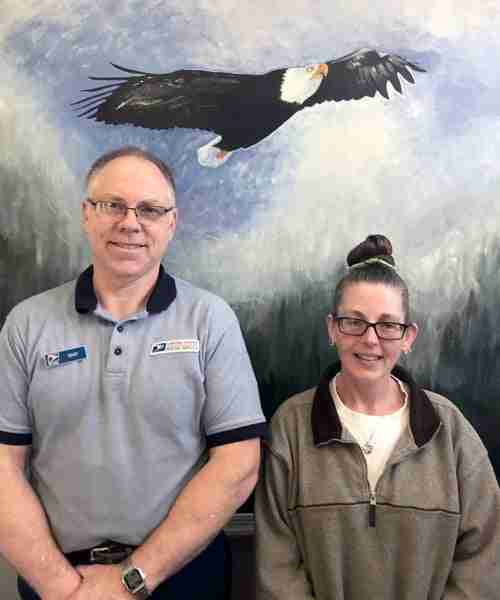 Two employees at the Callicoon, NY, Post Office came to the aid of a customer during a moment of distress last winter.

The woman had fallen on ice at her home and struggled to get inside. But after getting to a phone and contacting a neighbor, who called 911, she grew panicked when emergency responders did not arrive.

The customer knew the Post Office phone number by heart and called there next, reaching Retail Associate Skip Gabel, who calmed her while a colleague dialed 911 again.

It was determined that an ambulance had been dispatched to the wrong address.

At the same time, Rural Carrier Connie Minckler returned from her route and learned of the emergency, so she rushed to the customer’s home to comfort her until paramedics arrived.

The woman, whose injuries included frostbite and a broken hip, is recovering from the incident. 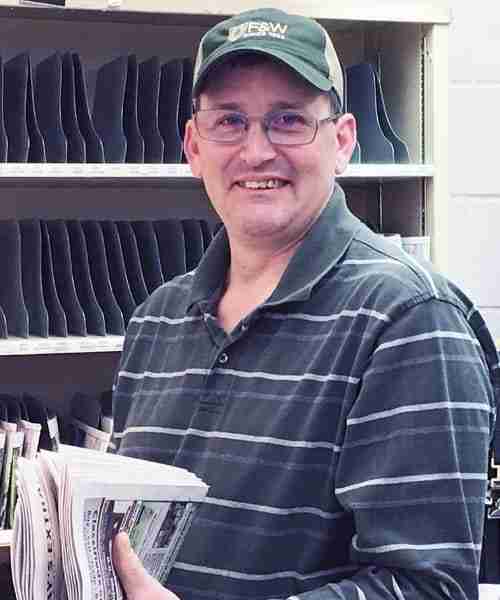 Rural Carrier Thomas Bates was delivering mail on a frigid January day in Enosburg Falls, VT, when he spotted an older customer in trouble.

The man was splayed out on his icy driveway in temperatures below zero — having fallen while trying to retrieve something from his car — and was unable to get up on his own.

Bates helped the customer to his feet, got him to safety and offered to call for an ambulance.

“In an area without much traffic, Thomas saved the customer from a bad outcome,” said Enosburg Falls Postmaster Stacy Gregoire.