JEFFERSON COUNTY, IN (WAVE) - Family and friends are mourning a postal worker who died when her car went off the road Saturday night. The Jefferson County Sheriff's Department identified her as 31-year-old Teelah Kappeler of Hanover, Indiana.

Her car was found overturned in a creek along her postal route off East Little Brushy Fork Road in Jefferson County.

Bright flowers stand out at the spot where 31-year-old Teelah Kappeler died Saturday.  Kappeler drowned Saturday when the 1994 Suzuki Sidekick she was driving went off the road, according to Thomas.

The Jefferson County Sheriff's Department says she was reported missing by her co-workers at the post office in Madison around 7:00 p.m. when she didn't come back from her route. Her last delivery was made after 3:00 p.m.  Kappeler was still driving her mail route when her car went into the creek, Thomas said.

"We were advised that she had a predetermined route that she had to follow," Thomas said. "Deputies from Jefferson to Switzerland County along with postal workers went out to the area and searched."

One neighbor tells me he was one of the first people down here with responders when they found her car flipped over in the creek. They jumped down to get her out but once they got the car opened, he said he knew they were too late to save her.

"It appears that she had driven off the south side of the road and overturned," Thomas said.

There's no gate blocking the sharp drop off from East Little Brushy Fork Road as it passes over the nearby creek. Neighbors say there's little to stop people from going over the edge and Saturday, the roads here were slick from snow.

Foul play is not suspected in the crash. Road conditions could have played a role in the crash, but Thomas said with so much wildlife in the area, Kappeler may have even swerved for an animal.

"The roads are windy, they're hilly and they're all gravel," Thomas said.

Friends of Kappeler's say their hearts are broken at losing such a friend.

Brooke Scharlau, a friend and co-worker of Kappeler's, said they were instant friends after working together in one another's salons in recent years.  She said Kappeler was a talented cosmetologist, always looking to learn and grow.

"She was such a supportive, considerate friend," Scharlau said.  "She was passionate about her career and always carried herself with professionalism and class."

Scharlau said Teelah was a caring wife and mother, that she loved her children and husband Mark very much.

"Family was very important to her," Scharlau said. "She loved her girls and husband very much. She was very proud of them and spoke of them often in the salon with her clients and myself."

"She started training in January for her part time route," Scharlau said. "I believe the Saturday she passed was her 2nd time driving the route alone. When I spoke with her the week before her route she mentioned liking her route but it also made her gain a new respect for postal workers. They had a challenging and dangerous job."

Friends say she was supportive and compassionate, a great friend gone too soon.

"She was gone and died so tragically," Scharlau said. "My heart was broken. Broken for her family, especially her girls. I am deeply saddened by her death. She is greatly missed already. Please keep her family in your prayers."

A spokesperson for the United States Postal Service says many of the employees at the Madison, Indiana post office are devastated by the loss of a friend and co-worker, they're sending their thoughts and prayers to Kappeler's family. 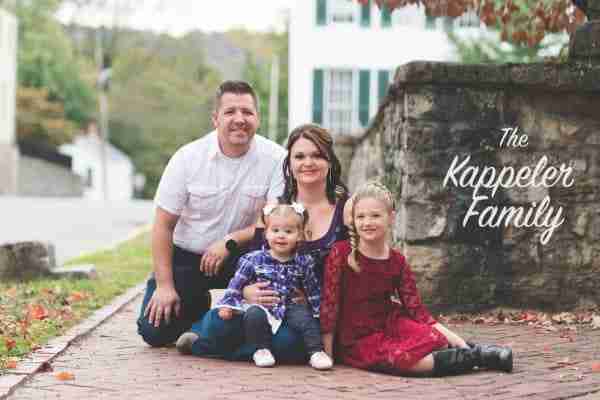 Donate to the Kappeler Family

Saturday, February 17th started as any normal day. My cousin Teelah has just began her new part-time job working for the USPS and was a few days into her new route. Unfortunately, she did not return from her route that evening and that is when my cousin Mark received a call from one of her fellow co-workers.