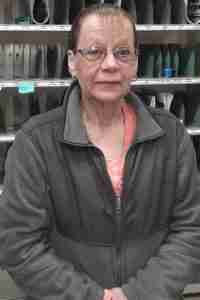 Two strangers were removing firewood from a customer’s property.

Hilpipre documented details of the incident, including a description of the pair’s vehicle and their appearance, and called the customer to ask if he had authorized anyone to take his firewood, which he said he had not.

The man alerted authorities, who apprehended the suspects.

“The thieves were caught because of Denise’s awareness of what goes on around her on her route,” said Plainfield Postmaster Brenda Mellom.