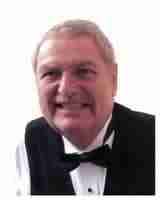 MONROE COUNTY, Mich. — Troopers from the Monroe Post of the Michigan State Police are investigating a two-vehicle crash that claimed the life of a Toledo man Thursday.

Troopers say Robert Golde, 69, of Toledo was driving a United States Postal Service truck that was involved in the crash with a black Camaro driven by a 19-year-old man from Monroe.

Golde suffered fatal injuries from the crash despite attempts to revive him made by good Samaritans and first responders.

The driver of the Camaro was taken to St. Joseph Mercy Hospital with minor injuries.

The cause of the traffic crash and who was at fault remains under investigation.

Alcohol and drugs are not suspected but preliminary investigation indicates speed was a factor.

Anyone with further information on the crash is asked to call the Michigan State Monroe Post at 734-242-3500.