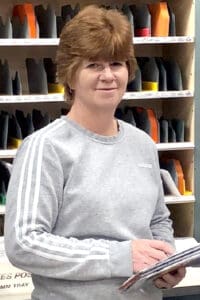 Rural Carrier Shelby Moats was delivering mail in Malvern, OH, one day in January when she spotted an older customer on the ground at the bottom of a hill near his residence.

Moats rushed to check on the man, who had fallen and was shivering in frigid temperatures with multiple injuries, including a head wound.

The Postal Service employee immediately asked a neighbor to call 911.

The man’s wife soon came outside, unaware of her husband’s whereabouts.

Moats remained on the scene until emergency responders arrived and took the man to a hospital.

He is recovering from the incident.

“His wife was so very thankful for Shelby’s assistance and for all of her care and concern,” said local Postmaster Natalie Labs.