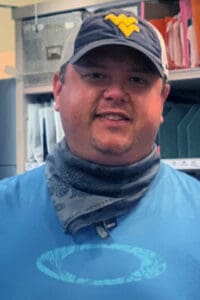 Rural Carrier Chad Rhoades was recently driving to work in Buckhannon, WV, when he witnessed a vehicular collision that sent a logging truck crashing into the side of a mountain.

Rhoades and another passerby immediately stopped to rescue two occupants from the truck, which had burst into flames.

The victims were mobile but injured, so the Postal Service employee offered to drive them to a nearby hospital — a gesture they gratefully accepted in order to expeditiously receive medical treatment.

“Because he told them he is a mailman, they automatically viewed him as a person they could trust,” said Buckhannon Postmaster Catherine Wiant. “Our employees care deeply for the communities they serve, and Chad is a wonderful example of this.”