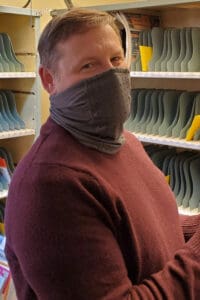 Hampden, ME, Rural Carrier Elmer Wing was recently making deliveries in a nearby town, Newburgh, when he grew concerned about a customer whose mail was piling up.

Wing noticed that the man’s car was in the driveway and the porch light was on during the day, so he contacted the local Post Office to recommend a wellness check.

Emergency responders soon found the customer in his bed, where he’d been incapacitated for several days.

He was rushed to a hospital and admitted to an intensive care unit.

A family member later called Hampden Postmaster Matthew Gilreath, telling him that without Wing’s intervention, the man may not have survived another day.