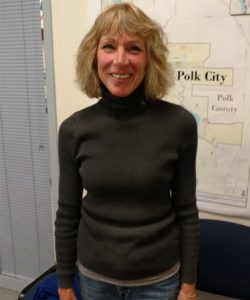 She was at a home’s curbside mailbox when a teenager burst out of the garage, screaming for help.

Amsbaugh soon learned that the boy had come home from school unexpectedly and discovered his father unconscious in the garage.

The Postal Service employee helped the son pull his father from the garage, called 911 and — with the boy’s assistance — performed CPR on the man until emergency responders arrived.

Amsbaugh remained on the scene and comforted the teen until the ambulance departed to take his father to a hospital.

The man survived the incident.