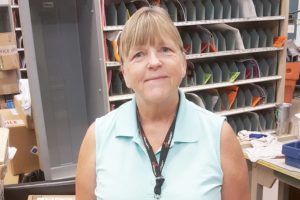 Fort Valley, GA, Rural Carrier Jane Field was delivering mail recently when she spotted smoke billowing from a customer’s garage.As she attempted to alert the homeowner, she saw that a bucket was in flames near a garage wall.Field got no response from the customer, so she called 911.Firefighters extinguished the blaze before it engulfed the home. They also discovered that the homeowner, who was recovering from surgery, was there at the time, under sedation.“Jane’s actions prevented serious damage and secured the safety of a customer who was at high risk under the circumstances,” said local Postmaster Terry Partain.