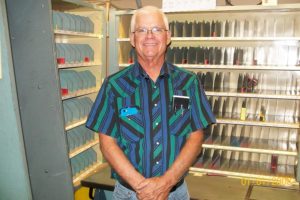 Concordia, KS, Rural Carrier Gary Holbert recently grew worried that mail was piling up at the home of a customer who normally emptied his box daily.

Holbert alerted police, who soon determined that his call came in the nick of time.

Officers checked on the man and found that he was in dire need of hospitalization after a fall that had left him stranded on the floor for five days.

“Gary is always in tune with his customers and the surroundings on his route, and he knows if something isn’t quite right,” said Concordia Postmaster Trina Cochran.

“We are very happy that he took that extra step to help a customer whose life was in danger.” 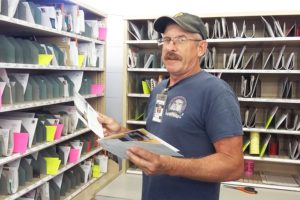 Rural Carrier Associate David Banning was recently delivering mail to a residence in Cowden, IL, when he spotted an unsupervised toddler heading in a dangerous direction: straight toward her family’s swimming pool.

Banning rushed to pick up the girl, who was on the pool ladder by the time he reached her, and carried her to the house.

Her mother answered the door, unaware that the girl was outside and shocked that she was in harm’s way.

Word of the incident later reached the local fire chief, who stopped by the Cowden Post Office to thank Banning.

The chief pointed out that an area toddler had drowned just a year ago, and he was grateful that he didn’t have to answer another call like that again.

In Tionesta, PA, Rural Carrier Leigh Ann Burleigh was worried about a woman who didn’t greet her one day as usual.

After knocking on the customer’s door and getting no answer, Burleigh alerted the property manager, who eventually determined that the woman had gotten locked in her bathroom overnight and needed to be rescued and hospitalized.

The customer later moved to a nursing home, where Burleigh has visited her.