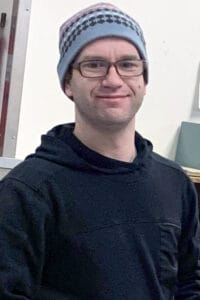 Rural Carrier Ethan Bounopane was delivering mail at a house in Rumney, NH, on a frigid March day when he heard the faint sound of someone asking for help.

Bounopane spotted an older man on the ground outside where he’d fallen over an hour earlier, leaving him exposed to a subzero wind chill factor.

The Postal Service employee rushed to aid the customer, safely helping him get inside his residence.

The man declined medical attention, and Bounopane later called to check on him, but there was no answer.

Bounopane contacted the police department and learned that the customer had been hospitalized after a family member couldn’t reach him and he was found to have fallen again.

He was treated for a heart attack and a hip injury.

“A relative came into the Rumney Post Office the next day and asked me to let Ethan know they were forever grateful he saved their dad’s life,” said Postmaster Michael Renkert.